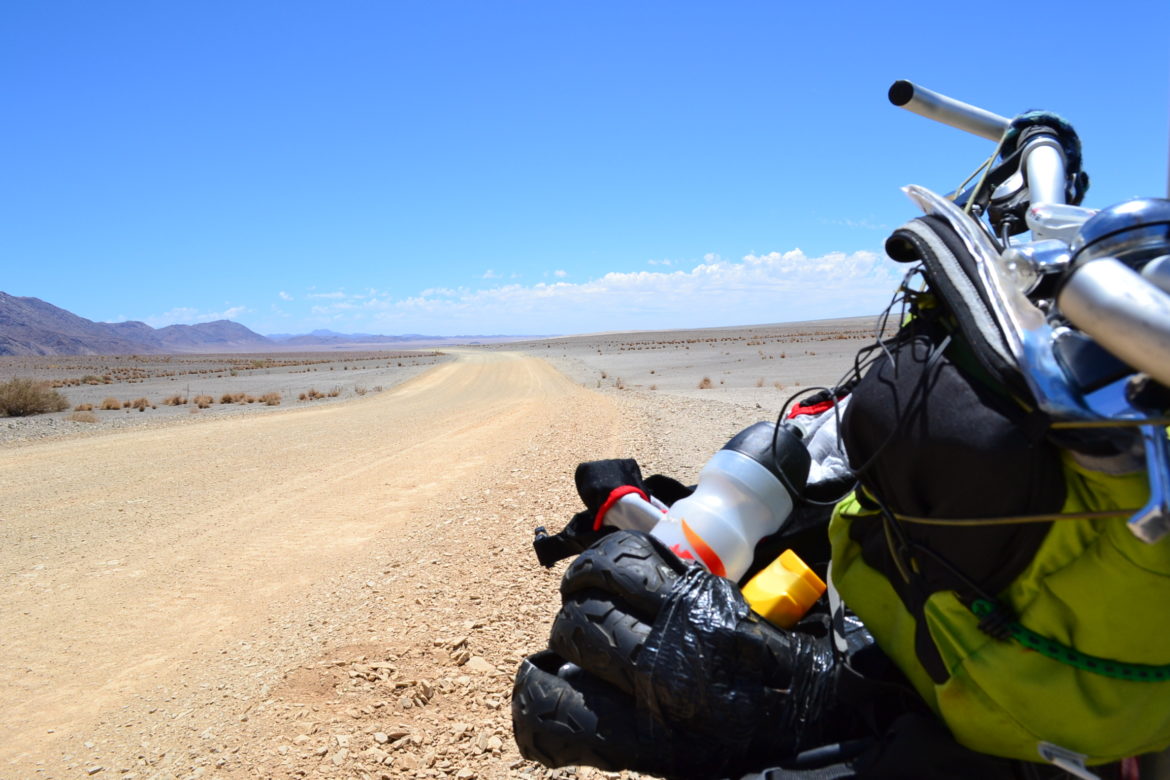 In late 2013, Derek Cullen left Ireland to cycle across Africa. His journey took one year to complete and traced the ancient explorer route “Cape to Cairo”.

Derek began cycling in Cape Town at the southern tip of the continent and continued north into Namibia and the oldest desert in the world. After travelling east across Botswana, Zimbabwe, Zambia and Malawi, Derek headed north through Tanzania, Kenya, Ethiopia, and North Sudan before finishing at the Great Pyramids in Cairo, Egypt.

During this journey, he encountered wild elephants, hyena, buffalo and many more species of African wildlife but his mental health was very much the focus of the trip. Derek cites the friendliness of the people in Africa as being the most influential part of the journey and his time in the outdoors as the main catalyst for enacting change in his life. Derek’s adventure also raised funds and awareness for Aoibheanns Pink Tie – the National Child Cancer Charity in Ireland.

You can also read more (blogposts) about the cycle across Africa.